I built my first computer. I knew it was Stupid, because I didn't need one like that. I wasn't a gamer; games weren't made for people like me. I couldn't handle something like that. My computer had an Intel i5, NVIDIA GTX 760 (midrange at the time), 8GB of Hyper-X RAM, 1TB HDD (comparable SSDs were very pricey at the time), and a blush pink Ostrog Evermax case. 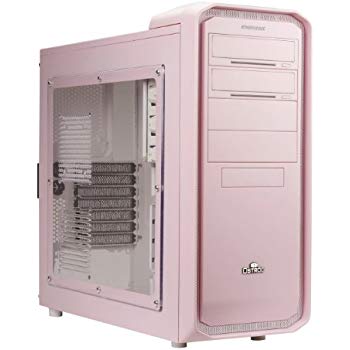 College was pretty good. The classes were much more interesting than any schooling I'd tried before. If I did the work, I got good grades. It was very different than high school, where you had to suck up to get I made friends who liked me for my personality. I liked artists and nerds and weirdos; good wholesome folks.

Boys paid attention to me. My friends wanted to date me. Basically all my boy friends, which felt weird and cool. I probably led people on for attention. I got laid like crazy.

I weighed about 125lbs. I counted calories very carefully. I would go out with my friends and order the least food. I wouldn't buy any clothing bigger than a small or a size 5. Some of the jeans were tight- but feeling them on my skin made me remember my priorities. I should have eaten better. It was pathetic that I still wanted to eat "normal"- what I told myself was normal for Young People. Fast food is disgusting. I was more sensitive to it than a normal person.


I got my first smartphone. It was about a centimeter thick. It was really exciting, though I felt a bit behind the times. I didn't do social media at all. I never really did.

I bought my second car. I researched it so much. I'd wanted a Nissan Leaf or Honda Fit, but they were out of reach. I need bluetooth and a screen. I needed a headphone jack and USB ports.

Everyone had an opinion and was telling me what not to do. Don't turn something down with high milage- be realistic! Not so entitled. That guy doesn't seem trustworthy. You're really willing to spend that much? That color is silly. Get something cheap. I bet it's stolen. Does it have that feature? There are lots of cheap cars that will work. 2004 is fine, it's in great shape. I thought you didn't want a white car? You don't need that feature. Make up your mind already.

But I decided. It was beautiful. Red. The hatchback I'd wanted. A very small car- a city car. I felt so safe inside.I was all alone in this huge peice of property I owned now. The biggest thing I've ever owned. Sometimes I would crawl in the backseat and curl up. I was always careful when I drove. That was my baby, and I wasn't going to hurt it by revving it so much. I avoided the freeway often for that reason. I had no fear.

I drank alcohol for the first time

I was with the guy I was dating at the time and some friends. It was a nasty beverage called "Adult Chocolate Milk" that didn't taste like chocolate or milk. It was a thin sort of mocha flavor that burned my tongue. It didn't effect me as much as I probably acted like it did. I was scared of being drunk. It was a good feeling, and I kept drinking each time I hung out with them. I like things that change the way I feel. I was looking to stop thinking about the people around me, my brain, my life. I am always looking to stop.